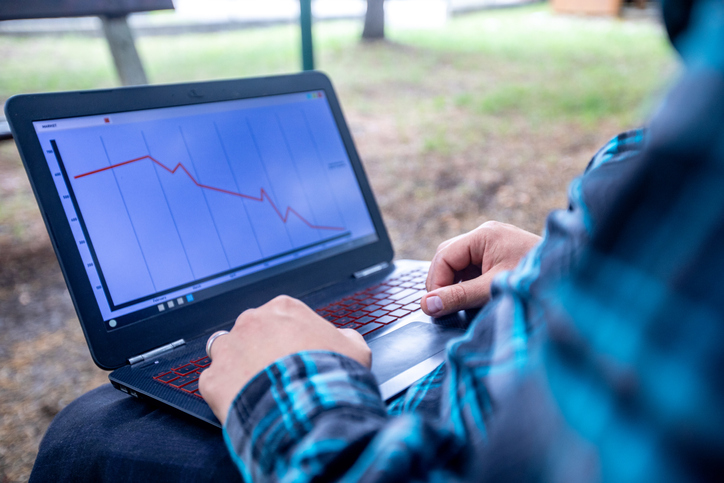 You’d have to be living under a rock not to have heard all the chatter about a potential recession looming around the corner. Experts and investors seem to agree that all signs are pointing to a downturn.

And while timing a recession has proved to be a fool's errand, when it comes to economic downturns it’s never a matter of if, but when. The last time our economy entered a major downturn was the Great Recession of 2008. An event that had an unprecedented impact on the economy and all generations who lived through it.

One generation, however, was uniquely impacted by the events of 2008: Millennials.

A Generation Split into Two

While all Millennials (those ages 24-38) were impacted by the Great Recession, the events of 2008 and thereafter divided this generation into two distinct groups; the older half who took the greatest hit from the recession as they entered a bleak job market for the first time, and those younger who experienced the recovery period and entered a better job market.

For older millennials, beginning their careers and wealth building during a major economic crash has had a lasting impact. In fact, according to a 2018 report by the Federal Reserve Bank of St. Louis, millennials born in the 1980s are at the greatest risk of becoming a "lost generation" for wealth accumulation. As of 2016, people born in this decade had wealth levels 34% below where they would most likely have been if the financial crisis hadn’t occurred.

It's no wonder this cohort is worried.

80% of the millennials who were 21 years old or older when the Great Recession occurred report that they are at least somewhat worried that a recession is around the corner. 1-in-3 say they are “very” worried.

To dig deeper into this anxiety and see just how the events of ‘08 have shaped this group of millennials, the team at Concreit commissioned a research study in October to more than 750 U.S. millennials who were age 21 older at the time the Great Recession occurred. After all, who better to learn from than those hit hardest.

Here's what we found:

No generation wants a recession to happen, right? Of course not. But when you look at the fact that 35% of the millennials we surveyed say that "The Great Recession of 2008 made me less successful by stunting my ability to build wealth," then their cause for worry becomes even more clear.

For many of these older millennials, the recession wasn’t just an economic downturn, it was an event that forever knocked them off their trajectory, and has prevented them from reaching the levels of success they had hoped to.

Clearly, many of this group bear lasting scars.

When asked what their top concern for the next recession is, the fact that the most common response was "Simply making ends meet" (27%) is further illustration of their grave worry and a glimpse into their current situation. This coincides with results from the Next Gen Financial Wellness report that millennials top financial concern was “Not being able to pay my bills” (26%). The fact remains, that when it comes to money, many millennials are struggling with the basics.

Interestingly, females were significantly more likely than males (32% vs 22%) to report their top concern as “My ability to simply make ends meet”.

With the combination of lower earnings, higher student-loan balances, record lows in stock market participation and getting shut out of the housing market, for many in this demographic, financial freedom is but a dream. And maybe that’s why we are seeing headlines like “The Next Recession Will Destroy Millennials” stoking the flames of worry over the last several months.

We’d be remiss to overlook a crucial piece of concern here; many of those who bore the brunt of the Great Recession are parents now. When we asked them, “Which of the following makes you more fearful of the next recession than the 2008 recession?,” 40% responded with “I have a family now.”

While it's impossible to overlook the negative impact that the Great Recession had on the oldest of millennials, as in any negative experience, there are often positive takeaways. In this case, 53% of the millennials we surveyed say that they feel more prepared for the next recession having weathered the events of ‘08.

And as they often tend to do, many of the lessons learned come from regrets.

When asked about their top regret from the Great Recession, the number one response was their overall lack of financial knowledge/preparedness, followed closely by not taking advantage of investing opportunities, and not building enough of an emergency fund.

And while research continues to support the fact that younger generations are lacking the proper amount of financial literacy to make them knowledgeable and comfortable with topics like investing, the truth is that it’s difficult to prepare for something that you’ve never experienced before.

But there’s good news. This time around, millennials have a plan. And not just on paper. The overwhelming majority (80%) are already executing their plan. In fact, it appears that this cohort is taking a more active role in recession proofing their finances than other generations.

With spending less, building an emergency fund, and paying down debt being three of the most common pieces of advice given to prepare for a recession, this is good news to see.

And they’re not stopping there. 31% of those we surveyed say they are creating additional sources of income through secondary jobs and side hustles to prepare for a downturn, and another 30% are updating their resume and increase their overall employability. In comparison, only 10% of the general US population are looking for another job in preparation for a recession, Bankrate found. With some 7 million Americans out of a job for more than six months during the Great Recession of 2008, these steps to keep money coming in put this group in a much stronger position should a downturn take place.

As Warren Buffett said during a Berkshire Hathaway shareholder meeting in 2008, “The market may go up, the market may go down, the economy may fluctuate, but there will always be intelligent things to do.”

They say wisdom comes from experience. So when it comes to weathering a downturn, younger generations -- including younger millennials who didn’t bear the brunt of the crash of ‘08 -- should most certainly heed the words of their older counterparts.

When asked what their top pieces of advice for younger generations to prepare for a recession are, our respondents rounded out the top three with 1) Cut back on spending 2) Start building an emergency fund, and 3) Pay down as much debt as possible now. Not surprisingly, only 8% said “Don’t worry, everything will be OK.”

The recession may have knocked older millennials off track, but the fact remains that when it comes to the long haul, millennials have higher education levels and more time to earn and save. They also clearly have a defensive mindset and are doing whatever it takes to prepare for a weather the next generation. Unless it means eating out -- as that was the top choice (28%) when asked what the one thing is they’d be most reluctant to give up to weather a recession (millennials report that they wouldn't give up, ahead of Netflix (24%) & Travel (22%)).

What’s the number one takeaway from all of this? Have a plan. No matter what your situation is, there’s action you can take to weather the storm of a bleak economy. As our millennial respondents said, their number one regret is not being prepared.

This information is educational, and is not an offer to sell or a solicitation of an offer to buy any security which can only be made through official documents such as a private placement memorandum or a prospectus. This information is not a recommendation to buy, hold, or sell an investment or financial product, or take any action. This information is neither individualized nor a research report, and must not serve as the basis for any investment decision. All investments involve risk, including the possible loss of capital. Past performance does not guarantee future results or returns. Neither Concreit nor any of its affiliates provides tax advice or investment recommendations and do not represent in any manner that the outcomes described herein or on the Site will result in any particular investment or tax consequence.Before making decisions with legal, tax, or accounting effects, you should consult appropriate professionals. Information is from sources deemed reliable on the date of publication, but Concreit does not guarantee its accuracy. 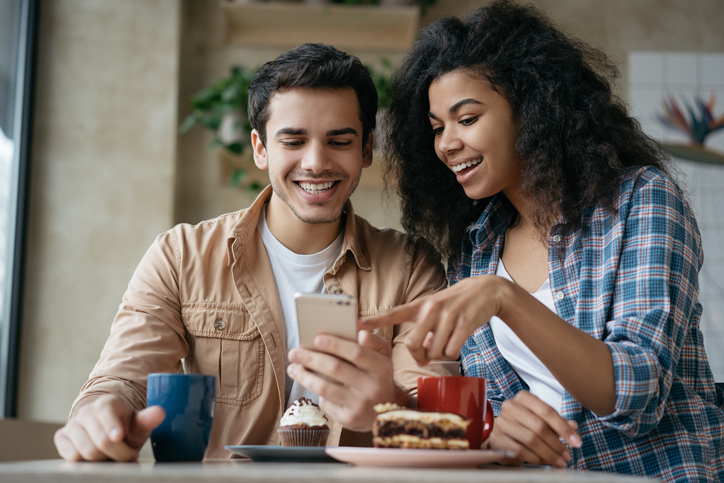 How and Why You Need to Diversify Your Real Estate Portfolio 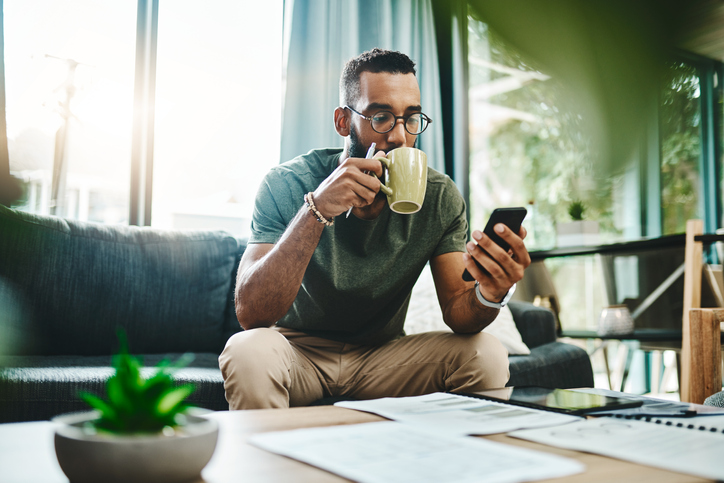 15 Common Alternatives to Investing in the Stock Market in 2022 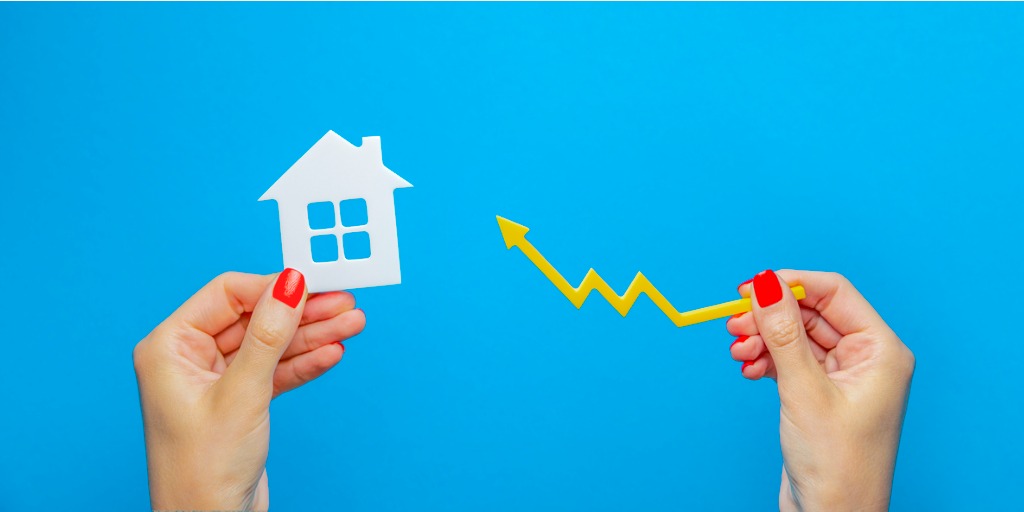 What Happens to Real Estate During Periods of Inflation?

About UsAffiliate Program
Concreit Inc. ("Concreit") operates a website at concreit.com and certain mobile apps (the "Platform"). By using the Platform, you accept our Terms of Service and Privacy Policy.
Past performance is no guarantee of future results. Any historical returns, expected returns, or probability projections may not reflect actual future performance. All securities involve risk and may result in partial or total loss. While the data we use from third parties is believed to be reliable, we cannot ensure the accuracy or completeness of data provided by investors or other third parties. Neither Concreit nor any of its affiliates provide tax advice and do not represent in any manner that the outcomes described herein will result in any particular tax consequence. Prospective investors should confer with their personal tax advisors regarding the tax consequences based on their particular circumstances. Neither Concreit nor any of its affiliates assume responsibility for the tax consequences for any investor of any investment.
Dalmore Group LLC ("Dalmore"), member FINRA&SIPC, is the broker-dealer of record for Concreit Fund I, LLC., an issuer direct offering. Important Update - Form CRS.
View the brokercheck report here.
© 2022 Concreit Inc. All Rights Reserved. Designed & developed in Seattle.